There's always something that gets in the way of a first kiss... 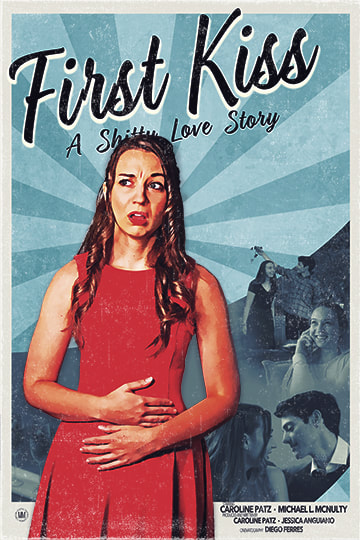 Girl likes boy. Girl desperately wants to kiss boy. But on their third date, the date that is supposed seal the deal, Girl's digestive system has other plans for the evening.
First Kiss tells the story of love and all the barriers that keep us from it. Pulling inspiration from 1950's television and film, First Kiss invites you into the overactive imagination of a girl falling in love, only to be plunged into the very real and pressing needs of her physical reality. 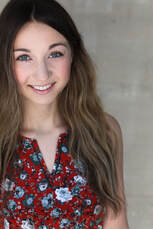 Caroline Patz
First time writer, producer, and director, Caroline has been acting since she was twelve years old. Bit suddenly by the film making bug, she excitedly threw herself into this fun and quirky project. Forever grateful to the collaborative effort of everyone involved, she knows she couldn't have done it without her amazing and creative team supporting her. 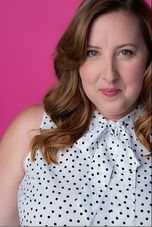 Jessica Anguiano
Jessica Anguiano is an independent film producer and writer hailing from the Great Lakes of Michigan. Her credits include award winning short films, MRS. DRAKE and DIME SHORT.  She is the creator and writer of the web series GOOD NEIGHBORS and the short film turned series THE FAMILY HOOD. She currently resides in Los Angeles, CA and works for Disney at ABC Signature Studios in scripted content.